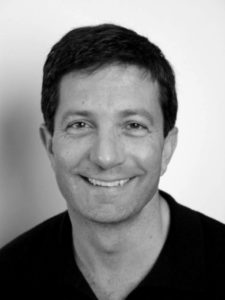 A leading labiaplasty (labia reduction surgery) surgeon, Dr. David Gerber, MD, MHSc, FRCS(C), has been a gynecologist since 1997. Prior to that, he was a family doctor for four years in rural Manitoba and Alberta.

During this time he practiced academic gynecology at Sunnybrook and Women’s College Health Science Centre in Toronto, with an interest in minimally invasive surgery, colposcopy and emergency gynecology. In addition to he expertise in minimally invasive clinic based surgery, procedures for fibroids, heavy vaginal bleeding, vulva disease and precancerous lesions of the vulva, vagina and cervix (abnormal pap tests), he has developed a successful micro-surgical technique for labia reduction surgery, and has become a resource for this condition.

In addition to his clinical practice, he teaches residents and students as well as lectures to community physicians. He has developed surgical systems that allow small procedures to be done efficiently and safely in an outpatient setting. His medical philosophy is grounded in the Feminine Ethics of Care Framework.